There is presently an imbalance in our education system. A significantly larger number of women are teachers, compared to men. This is especially visible in elementary education. There are many changes and elements throughout history causing this imbalance. In the 1800s, the United States faced a strong industrial change in production and work. Gender roles at this time became pronounced. These historic gender roles created a nation where women flocked to work in education, resulting in the present imbalance between men and women in the teaching profession.

According to Snyder and Dillow (2015) of the U.S. Department of Education, in the 2011-12 school year, 76 percent of public school teachers were female, with an even larger percent working in public elementary schools. There are many elements that have contributed to this imbalance both presently and in history. These elements include rapid industrial growth, gender expectations, and child-parent interactions in the nineteenth century. The 1800s in America saw great change, especially in male and female gender roles. It is proposed that the gender roles of this era strongly affected teaching and education.

This paper begins with discussion of the industrial growth of the 1800s and the resulting female role changes. Several pieces of literature published in the nineteenth century are then discussed as a means for describing female gender roles and responsibilities. These are compared with current viewed teacher responsibilities as a means for describing the impact 1800s gender roles had on teaching.

Emily Hess will be 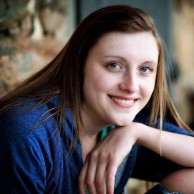